Good Solid Weeks and Some Restructuring to Keep it That Way! 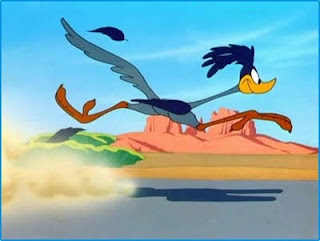 So a few weeks back, I ganked* my hamstring. I've spent the past few weeks attending to slowly rehabbing it while trying desperately not to lose fitness, or my wits.

I'm happy to report that I just logged a 46 mile week on top of a couple of 40's and things seem to be progressively on the right track. This past Tuesday I ran a couple mile repeats in the 6:40's with an 800 on the tail end. It was chattering a bit, but the warning allowed me to back off at the right time. Then a couple days later I ran 4x1 mile repeats at 7:10, 7:00, 6:50 and 6:40 with no complaining from the little bugger. And it's been quiet since.
I also think the attention to stretching as well as the couple of very 'beat the crap out of me' massages in the past couple weeks have also helped it along.

This weekend I ran an 8mi recovery on Sat and then a 14.5 miler today (at a pretty relaxed pace - although I was able to push it on the hills with no problems). The only thing that really was slowing me down was the freakin' heat - 80+ degrees - what happened to the Spring?

One thing I've been thinking and playing around with was changing up my training schedule at a macro level. I read time and time again that for masters runners (shaahh-dup), you're better off mixing in some cross training and not just packing on the miles - at least if you're tossing in a bunch of speed work. Even though I can regurgitate that thought to anyone that would listen, I had a rough time listening to it myself. I'm just stubborn  and wanting to run solid 70's week after week after week - with little due to the realities of my age. I also had this ongoing promise to devote some time to core and upper body strength work.... which also kept getting put on the back burner.

So in the past weeks, I kind of was forced into some cross training and the much neglected strength work, and it's really been working well for me. Huh... I guess it really does work. Brilliant.

So my new weekly schedule now replaces my 6th day of running with a cycling commute day (that's 2x18 mile rides) - I know that doesn't sound like a 'recovery' day, but because I cycled / raced a lot in my previous life, I can rest on those laurels built up over the years. It works for me.

I've also been incorporating some upper body / core strength workouts as well as going to get regular (every 4-6 weeks) on sports massage. Also went back to the ice bath after my long run today. Once you get past the shock, it really does help in the recovery. After I got out I felt like I was floating above my feet - no soreness from the hilly long run today (in the heat).

I hoping for a multi-dimensional improvement from the above:

1. Better quality runs with less risk of injury
2. Ability to have fun on the bike.
3. A little more well rounded of an athlete (i.e. upper body)
4. Faster

We'll see, but so far - it's had a very positive effect over the past 5 weeks, so I'm pretty stoked that I'm on to something.... yeah, I know..... I've 'discovered' something that people have been telling me all along... but let's not dwell on that - ok? 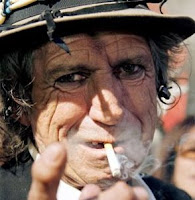 *yes - I know it's an improper use of the word 'gank' - most urban dictionaries assign it the most common meaning of 'to steal'. But I've always used it to mean that I messed something up. It's one of those words that just 'sounds' like the meaning you intend... like 'splat' or 'wanker'. Besides, 'to steal' already has enough cool synonyms such as; lift, pilfer, pinch and nick (my favorite - it sounds coolest when Keith Richards says it). So there you go - from here on out, when I use the word 'gank', it means that I tweaked something to the point of it being messed up for a while.