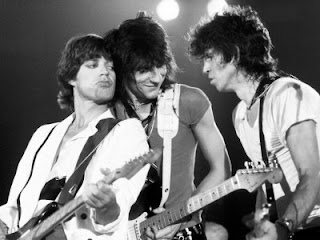 My scheduled run for the day was 12 miles to mimic the Georgetown Half that I'm doing in mid-August. That course is 'basically downhill' - although it's a little deceptive. It actually starts with 2 miles of hills twisting and turning through Georgetown (CO) and has some tricky downhill on the rest of the course on dusty trail with some rollers and a finishing uphill just to smack you around a bit. Did I mention too that it starts at around 8500ft ?

A close run that came to mind was to start at Tiny Town (just up Turkey Creek) and then do the climbs past the fire station and drop down Deer Creek Canyon to Chatfield reservoir. The initial 3 miles of climbing is a little more severe, the elevation is lower and the drop is a little more down the canyon, but close enough.

Paige dropped me off at Tiny Town around 7:30am and I headed out. It was an amazing run. Through such beautiful scenery, wildlife and the endless stream of cyclists coming up the canyon. Great run to practice my downhill running - I was hauling, even at an easy effort. Nice and smooth turnover, relaxed.

My music selection was The Rolling Stones 'Hot Rocks' album that spans all their hits from 1964-1971. I'm currently in the middle of reading Keith Richard's book, "Life"- and reading it has added a whole new perspective and renewed interest for me in all of their music. Keith by the way is a remarkable writer - I highly recommend the combination.

The years the album covers are especially nostalgic and interesting for me personally. I was born one year prior to this block of time, Paige one year after. I definitely discovered these songs as I got older. I'm not sure my folks were playing them around the house when I was 3 or 4.

They are truly remarkable from a song-writing perspective. One thing you get from Richard's book is just how entranced and committed he is to the study of music. It consumes him. I remember the first time I learned to play the opening chords of Beast of Burden - I was in awe of how he took a simply chord change, threw in a slide and turned it into such a recognizable hook.

Listening to that era of music, flying along with effortless ease through the canyon like that, passing all the cyclists suffering up in the other direction - it put me in such a care-free, "I have the best life in the world" state of mind. I flashed a peace sign to everyone I passed and was probably smiling the whole way down.

It brought back memories of my youth - to when I heard each song, commentary on the songs from Keith's book on what they meant and what was going on with him and his mates at the time, and bits of history I recall hearing about the songs that's cobbled together an immense tapestry that has been tucked away until I recalled it this morning. It's amazing how our minds work. How it connects things, and how powerful those memories are in creating a sense of passing time and the brick upon brick of our lives.

For fun I queued up the song 'Emotional Rescue' for when the double album had run it's course. It came on as I was rolling through the exit of the canyon only a mile or so from the reservoir. It's not a particularly good song, but it has some meaning to me. I distinctly remember it from when I was like 15 or 16. Everyone of my friends (all rockers) and bandmates at the time hated it, But this girl I was dating at the time loved it. "Dating" is actually the wrong word for my teenage relationships. I was more hanging out with her from time to time, trying to figure her out. She was a mess, and that's painful when you're a 16 year old boy trying to figure out a girl you're entranced with that's a mess.

I think it's cruel to have 16 year old boys have to figure out girls at all. You're not equipped at that age. It's like forcing a 5 year old to comprehend particle physics to get their breakfast and keep them from having their hearts broken at the same time. It's nearly sadistic.

I won't say that I understand women now. But there's a lot of articles and books we guys can read these days. It doesn't help you to understand women any better, but it tells you what to do. It's like programming your DVR - if you just follow the directions, things seem to work out.

Nothing substantial ever came of chasing that girl. It wasn't some love never meant to be or anything so crushing like that. My point was that it was previously a lost memory, dislodged by a 3 minute crappy song. It was more the memory of being 16, driving around town - feeling lost and confused. It's the memory of what it was like to feel so despondent about love, and the happiness I feel that that those days are long since past. The passage of time and the joy in my life these days with a girl I actually *can* figure out, and with whom love is so easy and tranquil means everything to me.

Today had so much more packed into a single run that I thought I'd get this morning. The memories, the happiness and appreciation for being alive and having so much in my life to be thankful for.

All for the price of a record album. That's a bargain in anyone's book.
Posted by Kevin at 11:28 AM