Today was the final stage of the Pro Cycling Challenge (or as those of us from Colorado call it - the Tour of Colorado - much to the dismay of Phil Ligget ;-)

Paige and I rode from our place to meet my buddy Chris up in Golden. We milled around the start line downtown for a while, had some iced coffee, and then jumped on the bikes to head up Lookout Mt.

Paige and I camped out on the back set of switch backs, 2/3 up Lookout about 2-3km from the KOM finish at the Buffalo Bill Grave sign. There were a TON of people up there, chalk all over the road cheering on the riders, costumes - felt like being part of something really big. So great to see a tour like this in Colorado again. It's been terrific watching all week as they traversed roads most of us have ridden (albeit not at the same velocities :-)

It was really amazing to watch the riders coming up so freakin' fast. There was a breakaway of about 20 riders, a couple chasers and then the peloton. I'm pretty sure they were all in the big rings.

It's a little scary the way the tour cars clear the road. They ride pretty fast, staggered out like a cow catcher to push the crowds back. I'm sure it's from years of experience because it's very effective. It opens the ever narrowing road up again as people jump back out of the way. And I'm sure those drivers have a foot hovering over the brake just in case someone isn't as quick - then again, maybe not.

After the riders passed, we hopped on the bikes and finished the ride up to the backside and down Highway 40 - same as the course. It was a zoo up there - once you got near the top you were just crawling along with enough speed to almost be track standing in some places.

Total ride for us was about 38 miles (with obviously some decent climbing). This on top of a 30 miler on Friday early morning and a 17 mile run yesterday in the heat, during which I seriously overheated and bonked at about 12 miles or so. Actually felt pretty good after about 10 miles today - so I think it was just a heat bonk yesterday. 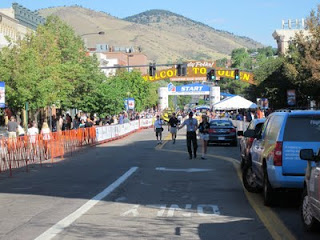 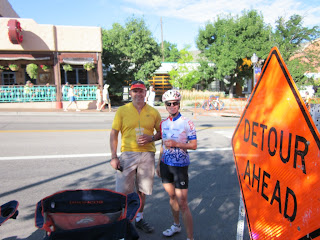 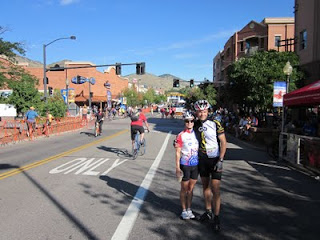 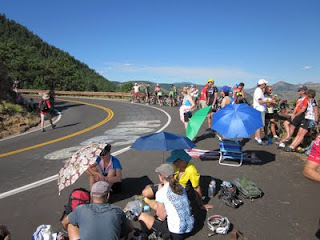 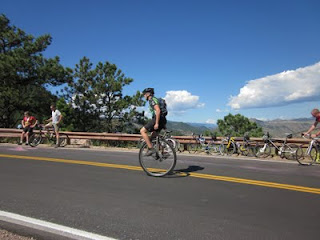 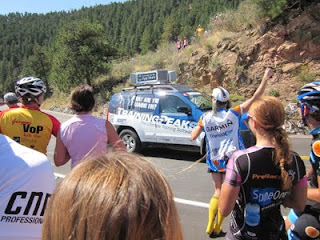 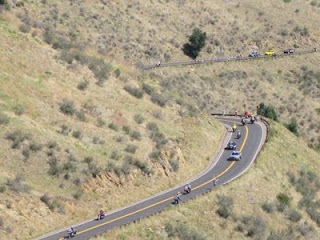 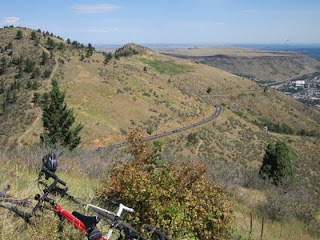 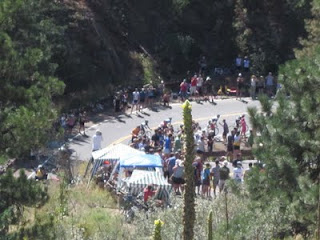 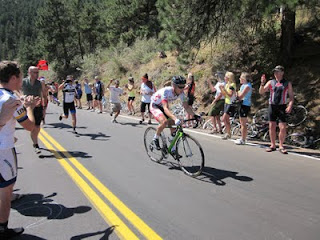 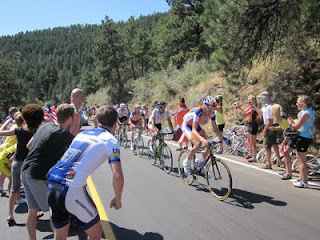 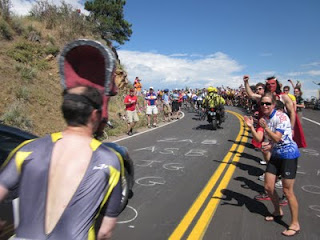 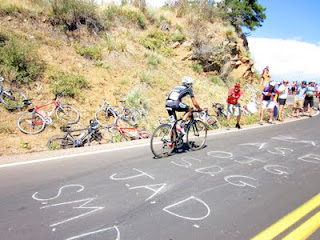 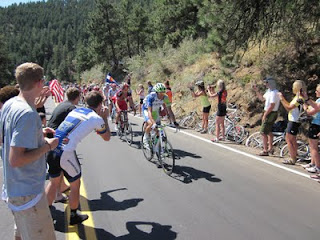