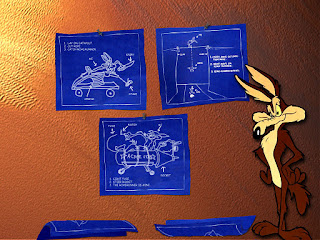 I'm feeling like I'm slowly getting over this head-cold. I've been able to put in some good runs, including a tempo run yesterday. It went ok, I still am recovering from CIM, but feel like I'm recovering a lot faster than I have from marathons in the past. Cool.

btw - Getting tempo runs 'right' have always been a struggle for me. Ideally, you warm up, then start *slowly* speeding up to just under or just over LT (Lactate Threshold - about 10K pace). Stay there for a while, and then slowly ramp back down again - with a little extra bump / kick before you totally hit your cool down. I never feel like my transitions are smooth and care-free. I have to think too much and often hit paces too fast, too early. That's one resolution for this winter - get the 'tempo' run just right so they come naturally.

It will take a couple more weeks before I'm out of 'recovery' mode, but now is a great time to start thinking about 2012 races and goals. I spent some time this weekend reflecting on the past year (what worked, what didn't) and also what I want to try and accomplish next year. Then I backed that up into what my winter and spring training need to look like.

I thought I would share those with you guys because the structure might help as you think about what you each want to do next year. I'm a firm believer that if you don't have a plan, then your chance of improving or feeling good about the past year is left to chance. Even if all you want to do is 'run some more' - I think putting structure around that really helps getting you from 'as-is' to 'to-be'. I think this applies to any 'resolution' you might have for 2012. Most resolutions fall into the dust bin because good intentions aren't coupled with a realistic plan. So here goes:

Goals for 2012 (with some stretch goals in parenthesis):


I realize some of these are a pretty good stretch. I really feel I figured a lot out about my training this year and think I'll be able to come pretty close to these and have a great season next year if I can stick through some solid training changes this winter and into the spring (see below).