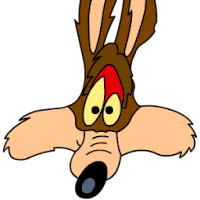 I raced the Sand Creek '10K' on Saturday. The reason for the confusion around the distance is that the pacing bike led the racers off course on two key spots on the course.

We ended up missing one loop around Central Park, but then headed into a nature preserve area that the 10K racers were not supposed to race in (it was part of the 1/2 marathon course). Once in that area - the marshalls didn't really know what to do with us - so they kept sending us down different loops, up and down... sheesh.

They sorted it out as the main pack came through I think, but for those of us strung out in the lead pack, there was a bunch of chaos and confusion. Which is never a good thing while you are trying to focus on racing. The course also transformed into a 90% paved, slightly hilly course to a 90% dirt 'Xterra' type event with some decent hills.

The end result was that the actual distance of the 10K, was more like 11K - although I think some of the mid-pack racers ran closer to 9K; based on what I could figure out from talking to folks after the race.

The good news is that due to the heat (it was like 80 degrees already at the start), I knew that I wasn't going to PR that distance. I also ran a strong race. I knew something was messed up when the bike in front of us in the lead pack turned left instead of right - but I wasn't going to stop and have a conversation about it. From that moment on, I knew we were terribly off course. I just put it in my head that I'd run at 10K pace and whatever happened happened. As a racer, you always are working to be better at dealing with the unexpected (GI issues, flatting, being mis-directed, etc..) - the better you can just put that out of your head and get down to the task at hand (racing), the better. So Saturday's race was a good test for me.

The other good news is that I ran a strong race. Faster than I would have guessed with the heat, dirt and hills. That also put me in good podium positions with the other racers - who pretty much ran the same course as me. Nobody from the rest of the pack really caught us - even with the less distance they ran.


I looked up the racers around me in the standings (www.athlinks.com) and based on past recent races, I think we all pretty much raced to our predicted standings. Plus - I know who was ahead of me at the start, and factoring out the couple 5K folks, I knew there were only 3 ahead of me. I also talked to a couple of them after the race.

Rest of the day was good. Swam a great set later in the day with some good cruise intervals in the pool.

That didn't carry into Sunday's long run though. My stomach was trash when I left and just kept getting worse. Something I ate off the Frozen Yogourt bar last night I'm guessing. It was bad. Still got in about 10mi, but had to walk a few times as well as took some time off the side of the trail trying to yak my guts out. It's too bad though because my legs feel like they could have done the 18mi I had on the plan.

Ahhh well - there's things you can control, and things you can't. I can't control errant pacer bikes, confused course marshalls or if something has been a little too long on the condiment bar.

Seems like I was destined to work on my mental game this weekend.