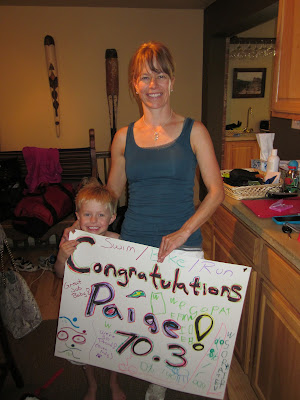 Paige raced her first 70.3 triathlon a couple weekends ago. For those of you that aren't familiar with the distances involved, 70.3 is the total distance (in miles) of the race broken out as follows:

All strung into a single event with 2 transitions (swim to bike and bike to run). It's also referred to as a half-ironman (the ironman distance doubles all of the above).

She came in 3rd in her age group and Luke and I couldn't be more proud. She trained so hard for it. Over the summer I got to run, ride and swim with her a few times. While she's always blown the doors off the swim, her cycling especially this year went to another level. I noticed a few months back riding with her in Albuquerque. Last year she did her first 1/2 marathon - but to tack one of those at the end of a 70.3 takes on a whole new meaning.
Luke and I didn't go. Paige and I talked about it and as great as it is to have the whole family at these events, it can be a little stressful for the racer. So instead, her dad drove up from Albuquerque to support her and text me the splits during the race. 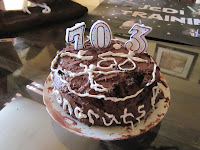 That leads me to the other cool thing about that long weekend - it was just me and the biscuit for 4 days in a row. We had a blast with 'Luke and Daddy' time. In addition to flexing my exceptional baking skills and creating a celebration cake, we made the banner for outside the house to welcome her home.

We also went on a few excursions including (w/pictures):

Camping Trip to Bear Creek - this was his first 'non-backyard' camping trip. Complete success and he had a blast. He wanted to know why we couldn't just stay camping all weekend - so I think the next trip will be multi-day. 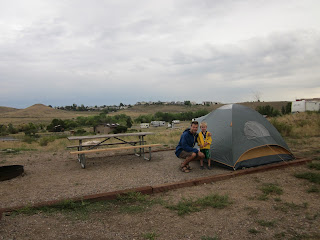 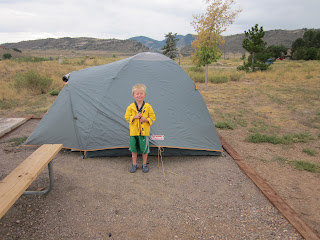 2 Trips to the Beach - one I ran to / from with Luke in the jogger. On the way up a pretty steep hill, pushing him, the jogger and a bunch of gear (I'm guessing total weight of about 80lbs), Luke asks, "Daddy... are you running or walking" to which 'dad' replied, "Luke, in a second you're gonna be walking". He redeemed himself on the way back when he said, "Wow - we are going really fast!" (I think I was being played). The other trip was via car after my long run on Sunday. He loved the beach and I don't know why we haven't gone there before. It's close to the house and we were able to build a sand castle village as well as collect about a billion sea shells. 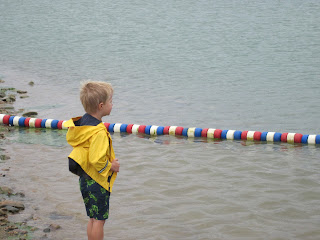 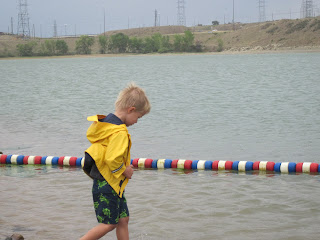 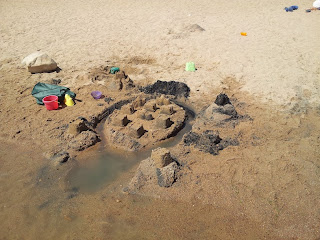 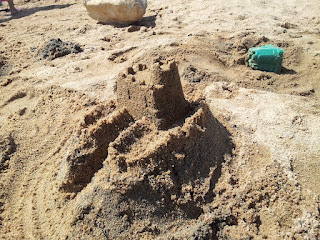 Mystery Trip to a Pedestrian Bridge - it's near our house. They built it a few months back. Every time we pass it, Luke asks about someday walking over it. So we made a mystery trip out of it and he had a blast just walking over it, seeing the views and then walking back. 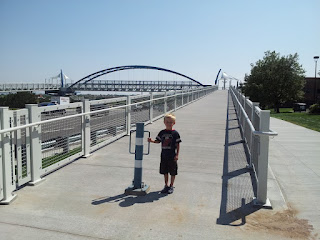 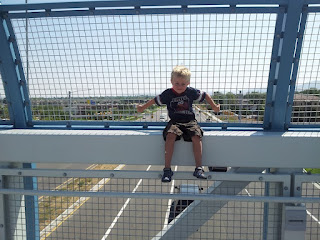 Beyond that, it was just some other runs with him in the jogger, some trips around town, goofing around the house and a special Saturday night of pizza and watching every episode of Shaun the Sheep. I'd say a fun and successful weekend all around for the family and we had quite the celebration when Paige returned a little weary, but happy on Sunday night!