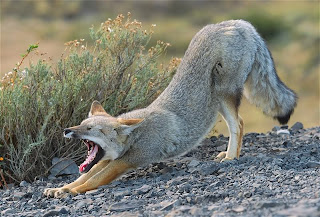 I've been really enjoying the 'break' from structured training these past few months. I've been probably doing between 10-12 hr a week, but it's been pretty much on a week by week (and sometimes day by day) basis.

Since the Chicago Marathon I've been nursing this nagging heel issue that happened in the weeks leading up into the marathon. It's never been enough to really stop me from doing anything, and it never gets above a 4 out of 10 on the pain scale (usually it hovers between 2-3). But it's something that needs attending to. I think I now have a bead on it after finally going to see my PT (Justin at Functional Performance is awesome btw for those of you in the Denver area). I won't get into the details, but we're down to a 1-2 and improving every day. He pegged the diagnosis in like 5 minutes. Should have gone sooner ;-)

Other than that, I've felt great in all my training. My swim is coming along really well. I've knocked about 20s off my 100yd pace since starting last April, but more importantly, my endurance has really come up. I'm feeling confident about all my racing this year - even the long course 70.3 I signed up for in September (swim is 1.2mi). Not too worried about the bike (56mi) and run (13.1mi) obviously :-D

I've also dropped back to a good racing weight since the holidays. I never got that far off, but needed to really get back to watching the calories and upping the nutritional bar a bit. Simple stuff - just cutting back some calories in the evening did it. Feel like I'm in a good position to get to a racing weight quickly once the season starts.

Spent last weekend rebuilding our mountain bikes. Pulled apart the drive trains and rebuilt the shocks. My shock especially had this annoying habit of losing air and the front end turning to mush 1/2 way through a ride. Threw on new chains and tuned them up. MAN - they ride like new bikes now. Can't believe I put it off for that long.

Started picking up the pace on runs with a BRICK last weekend (race pace - 10s off the bike) and some good good up/down 'ladder' workouts.

I've cut back on the weight training. With the swimming I'm feeling much more balanced and have definitely put on muscle mass (per the Tanita scale). Will probably just change up to a core and maintenance workout with a bunch of Yoga stretches unless I feel a weakness develop. Don't want to turn into 'Sunset Sam' (from the Michael Nesmith song, Cruisin' in 1979)... just don't freak out in the first 8 seconds of the video, it's not what you think. It's PG - btw; the joke plays out by 1:35, just to set expectations of when you should 'move on'.


It's funny how videos stick in your head all these years, but the 'Zappa'ish lyrics and vibe of the music video was hilarious when I first saw it and still makes me crack up even after all these years.

Anywhooo..... Next step is to put together a 'real' schedule. I've been lazy about that and have enjoyed training by feel. I have a general structure in my head for the week and then come up with a more specific workout depending on how I'm feeling that day. I don't recommend it, but I know my body pretty well after all these years and what it's capable of each day (which is different from what I necessarily 'feel' like doing ;-) - sticking to the former.

Anyway - sorry; I know this is kind of a boring, geeky post. But crap - it's off season guys!
Posted by Kevin at 6:00 PM No comments:

In general, continue to tell 'getting older' to piss off.