Further Down the (Dorky) Spiral 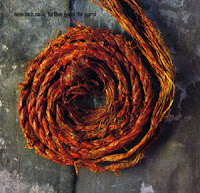 Let's get one thing straight. Outside of the world that actually runs and cycles, running and cycling is not cool. In fact, it's kind of the antithesis of cool. Watching a scrawny, lycra clad guy with shaved legs pulling 480W up a hill on a bike is only bad-ass if you've ever tried to actually pull 480W up a hill (hint: it's really, really hard). Running the Leadville 100 is honored in hushed reverence by those that can comprehend what it takes to do it. To the average American, it just looks stupid.

Of course sprinters are the exception. I don't know anyone that doesn't think Usain Bolt is one fast, fit bullet of a man. And he pulls it off in a stylish, quirky way. You can love or hate his personality - but he makes running pretty damn cool to everyone:

But sprinting is a different genus from endurance sports - so let's stick to that.. mostly because by filtering and skewing data, my point is made more strongly.

Now - Triathlon only makes it worse.

Yes, I know they make you go faster... when you are actually going fast to begin with. The minute you stop, you should take the helmet off. Or don't let people take pictures of you. I mean, the above picture is of Crowie... and he's not pulling it off unless he's moving.

Regarding speed. If you're not riding faster than 22mph, you shouldn't wear one. That's not based on scientific wind tunnel testing, it's just my opinion. During the Lookout Mt. Triathlon last year, I saw a 16 year old kid sporting one of these. He looked silly going uphill with it at 8mph. The bike course was also twisty with lots of climbing and really only one straight shot where you could tuck in. I don't think it helped him. Much like this guy.

Honestly, I think there are limits to compression. At some point it will stop blood flow and inhibit your molecules from vibrating. I think you turn into dark matter or the higgs boson at that point, but my physics might be a tad rusty.

What exhibit are we on now? I mean, there are GPS gadgets, shaved bodies, parachutes, power meters... the list goes on and on....

The word 'kit' is actually used because no guy wants to be caught wearing an 'outfit'. And for god's sake, ensembles are right out. But that's basically what it is. It's an ensemble. And it's functional. The reason you wear tight fitting clothing is to cut back wind resistance on the bike.... and also to show off your bosons.

Now this is again one of those things that is marketed one way, but it surfaces in the real world very, very differently. For example, here is typical marketing fodder:

But the point is, most of this dorkiness has some root in function. The problem is that no matter what, the dorkiness unavoidably comes along for the ride.

Which is why I've resisted much of this stuff for so long. But slowly, and surely - I've backslid into the fold. I've added compression socks and tights, GPS, a power meter, and even a tri kit to my 'ensemble'. And what I've found is that all this stuff works. Yeah - you can get by without it, but at my age - I really could care less about being dorky. In fact - I kind of like the geeky side of sport these days. For me, it doesn't detract from the love of sport. I spend plenty of days 'old school' and 'electronics free'.

Do you hear the wheels of rationalization spinning? Good, I thought it was just my own BS detector going off. Hang on.. ok, I reset it for a higher threshold.

I've got this short 'training' tri coming up with a pool swim. My ensemble (I mean 'kit') jersey causes too much drag when I swim with it on (I've tested it and it's like 10s per 100yds at race pace. That's a lot. Yeah, I could try and pull on the top in T1, and still might. But that's going to add 5-10s in T1, assuming I'm not all goofy and pull it on backwards or my head through an armhole. So, I got a one piece tri suit. Paige tells me I've officially crossed over. I agree. We'll see how it fares this week with some test swims - I still may go back to just pulling on a jersey like last year if it slows my swim down. I'm hoping it won't.

Of course, wearing this isn't the biggest fashion violation at a triathlon. That bar is pretty high. It's all a matter of context. I mean, the same thing that would come off without a glance at the Renaissance Festival, would probably get you arrested at a liquor store.

Anyway, the other day my buddy Chris and I did a great ride up Chimney Rock to the top of the Lookout Nature center. It's a great hour long suffer-fest of a climb with a descent that takes less than half that, even with me descending on my mountain bike like a school girl.

After the ride (whose finish was punctuated by some rain, wind and not very far away lightening strikes), we stopped by Woody's (oh stop it...) for a couple beers and some food. Then went back to his place and did what all middle aged guys do after ride. Watched an old episode of Star Trek (The Enemy Within) on his monster big screen TV.

Anyway - I was at REI the other day and saw a jersey that fulfilled three criteria:

1. It offered a tie in to the previous night's ride.

B. It pushes all my tri purchases to date into the 'NOT' dorky bubble through the principle of relativity.

3. It ensures that no matter how much motivation a car passing me has to hurl a half full beer can at my dorky head (yes - it's happened) - this will really push them over the edge. Or it may invoke enough pity that they just pass me without incident.