Recently I took a long weekend to wander around Frankfurt, Germany on my way back from a business related trip to Chennai, India.

I really enjoyed spending time in the city. Spent most of my time just walking around, doing some decent runs, eating in outdoor cafe's (the weather was beautiful) and people watching. Oh, I also got to watch my first Ironman event, the European Championships that were being held (by pure luck) that same weekend.

I've been to four countries in Europe; Ireland, England, France and Germany. And it's only been to about as many cities. So obviously not a well rounded view of the EU. But I have to say this - every time I'm there, I can admire the lifestyle. I'm not saying it's better or worse than what I experience in the US, it's just different and I can appreciate and enjoy it's uniqueness.

There is a vibe that is different in every country I've ever visited - 8 in all I think to date. Germany was unique in ways that would take pages to describe and even then I'd have to search for the right words. But there were distinct things that I really liked about being there. Little things that might seem trivial. But as I've gotten older, it's the littler things I tend to focus on and appreciate.

For one, the food is awesome. But then again, my tastes are simple. How do you go wrong in the land of sausage and Hefeweizen (my favorite beer)? 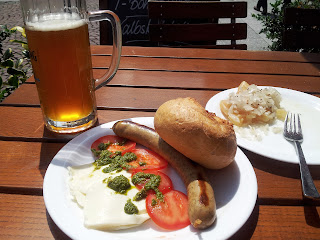 Breakfast was included in my hotel stay, and consisted of about the most awesome buffet I've ever seen. In addition to my favorites of yogurt, muesli, granola, fruits - they also had cheeses (Gouda is my favorite), smoked salmon, sausage, pancetta, etc.. There were small loaves of hearty breads (seeds, nuts, sprouted grains, etc.) that you could slice off and decorate with bits of the meats and cheeses. I found this to be a pretty enjoyable breakfast, just small tastes of various things instead of a heaping pile of eggs and bacon. 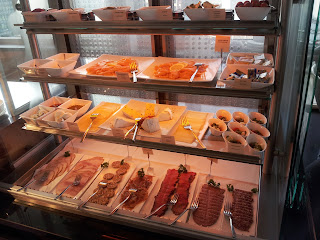 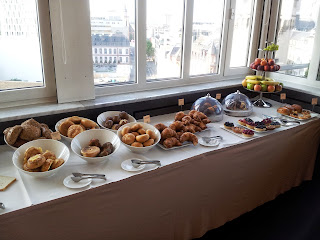 Nothing wrong with eggs and bacon, just different.

The sights walking around were also very pleasing. That whole Bavarian look is unmistakable. You could have dropped me in the city, not told me where I was, and one look around I probably would have guessed Germany. The churches were especially beautiful and historic and standing in the middle of the city square, listening to all the bells from the various churches ringing at once in a kind of true surround sound was pretty cool. I picked it up in a short video clip, but it doesn't do justice to actually standing there. 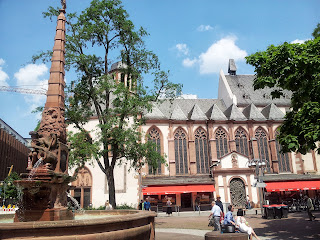 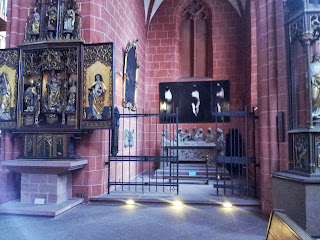 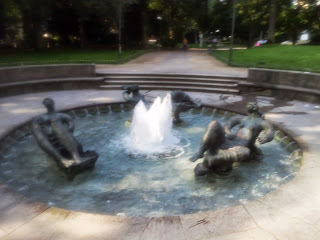 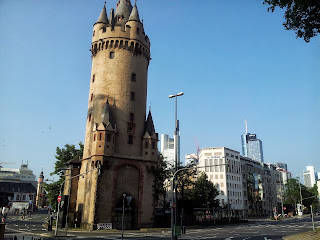 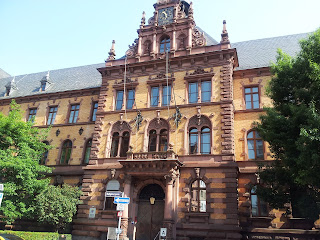 So, some final random observations:

1. Bikes everywhere. I love it. People use them to get around. Families, commuters, people just out for a ride. Helmets on the kids, but not the adults. I kind of knew that helmets on adults were mostly an Americanism. I've heard all the arguments against them. When I was a kid I went off the bike, into a car and got 8 stitches in my forehead. I don't think I was going all that fast. I've seen enough buddies go down and crack helmets in half without even a concussion. 'nuff evidence for me.

2. Cars stop *behind* the cross walks. Drivers are respectful without fail. It's not that they make a big deal of it - it's just ingrained into the way the traffic moves. I can't specifically explain it, but I've spent enough time in traffic to sense the 'vibe' and 'flow' of traffic and drivers. It's different.

3. German women that smile politely at you but look like they would thrash you within an inch of your life if you cross them... or if they had a few minutes to burn while waiting for the morning train. Strange...

4. Polizie and Ambulance sirens that make me feel like I'm in one of the Jason Bourne movies - *every* time I hear them.

5. Observed at the Ironman race. The 'doorknobs' that cross the middle of the bike course, oblivious to a racer bearing down at 50 kph. They just waddle across, no urgency, no realization afterwards that they came within inches of being road kill. Idiots seem to be universal.

6. A special strain of the male euro-hipster virus seems to have firmly taken hold here... sigh... Maybe this is why the women look pissed. :-D