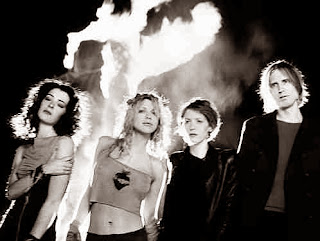 Even us age groupers get a taste of fame once in a while. This past week I was honored with two '15 minute' bouts of the stuff.

First, a good friend and colleague in China gave a a very nice shout out on his fb feed regarding my efforts to stave off father time. He spoke of my sport endeavors as an inspiration - it really meant a lot to me to be thought of that way. He also specifically mentioned my Harvest Moon race report - my blog hits spiked up. He's got some pull :-)

Thanks Vernon - I will strive to live up to the compliment!

Second - one of my post season goals was to improve my 5K speed. This past Sunday I ran the Schaffer Stampede 5K. Against a field of about 90 people (of which I counted 4-8 'rabbits' (i.e. pretty seriously fast runners that were out to put in a fast time) and a 'not' flat course I not only ran a 5K PR of 19:40, but I also was 1st overall.

Now make no mistake. Although that's a great time for me, and a decent time for someone that hits the 1/2 century mark in about 3 weeks - in the world of overall 5K, front of the pack race times, not so much.

But - on that day, it was a good enough time to cross the finish line before anyone else. And I enjoyed the experience that doesn't come that often. My 19 minutes of fame so to speak.

We all lined up and were set off in that low key way that accompanies small races. I was up in front, although a bunch of 6-10 year old kids had clamored to toe the line in front. I've raced short races with kids enough to know that you need to plan your escape route because at about 100m, when they will flame out from their 5min / mile pace, they will:

A) Slow to a crawl
B) come to a complete stop
C) dart in various directions to see a bug, butterfly, old, discarded straw, etc..
D) any combination of the above

All the wiser, I spent the first 200m just getting safely past the kids and settling into a pace.

There were a group of about 8 of us in the first mile. One guy was in the lead by 5m or so, then me and 3-4 others off my right side running even. At least 2-3 off my left flank and a few more behind (based on breath sounds and foot falls).

The first mile is all uphill. The guys to my right dropped back about 800m out from the start. The guy up front pulled away about 25m in front and then stuck there. I wasn't worried about changing that, more about just keeping contact. The fast woman (that won the women's overall) who's grudge match with the ultra runner was announced at the call-up was still off my left flank, but breathing hard and not moving up.

At the top of the hill, I started reeling in the guy in front. I got off his left flank and stuck there, just kind of seeing if he'd do something about it. Watching his stride and listening to his breath sounds, I thought he was probably pushing fast off the line. He sensed me there and pulled away again to about a 5m lead. But I could see it hurt him to do that and he stuck there. We turned left at the 1.5mi mark and I noticed his downhill stride was a little choppy. At that moment I was recovered from the hill and decided to pass. I did so in the way I've always been told to do it. When you pass, you do so definitively. You want to look relaxed and expressionless. You control your breath sounds. You want to make him think you have more gears, even though your body is screaming a bit at you. Then once you pass, you attack. and then you attack again.

It worked. As we neared the 1.5mi mark and made a hard right, I used my peripheral to sight him (never look back in a race - you don't want to connect with the person chasing you and give them a lifeline to chase.

Once on the path I kept pushing. With the hills I didn't think I was going to break 20 minutes, but I thought I had a good chance of being first. Still - a mile and a half is along way to go and things can happen. I just focused on efficient turn-over on the downhill to take full advantage of the break to my lungs.

I was now running with the lead bike in front. At the next hard left to another uphill I let my eyes look left a bit and saw the nearest person was about 200m back. At that point I felt I had a pretty strong chance at winning. It was really thrilling to be there running right behind the lead bike - pretty much alone. I thought, "So this is what that feels like" - I've run in packs with the lead bike for a while, but never alone like this.

I rounded one of the last corner approaching a water station and the bike yelled out, "Here he comes" - saw volunteers scrambling to get a cup of water. I smiled, waving my hand saying, "I'm OK, thanks" ;-)

As I  headed down the slight hill and could see the finish area, I could hear the announcer saying, "Here comes our leader" - that was really a cool feeling. To see spectators in the distance craning their necks. To feel relaxed in my stride when my lungs were burning. To know that I'd be able to stop soon. All those emotions kicking in was a rush. Then I saw the race clock and knew I'd break 20 minutes. I kicked up one more gear and ran through the banner.

Once through I got the dry heaves. Hands on my knees, people were patting me on the back talking to me. I was trying to keep moving forward because I really didn't want to throw up on anyone. I heard the announcer say, "I hope he's ok". Hands still on my knees, I put up my thumb to indicate, "Yep - this is normal for me"

The second place guy came in about 30s behind me. The guy I had dogged was third at about 30s after that. I walked up and congratulated them and then went to the start to cheer and clap everyone else in.

I spent the better part of 30 minutes up there. It was just as sweet as my own race to watch others hitting their own goals. The expressions of accomplishment on their faces. You could see the ones that were trying for their own personal PRs like me - kids trying to beat their parents to the line and parents either letting them or unable to keep up. And others who just wanted to complete the distance. It was all there, unfolding like a little personal theater. I was in awe of how much is laid out in a local little 5K race.

The kids are the most fun. They'd see the finish and kick it into high gear. If you cheered they found another gear still. And let me tell you, if you want to see a beautiful running stride, watch kids run. Even when they kick it into another gear, there is no tension that sets in. Their stride remains relaxed and natural. Not only are they fluid, graceful and bio-mechanically aligned - most importantly; they are having fun. It was awe inspiring to me and made my day to watch them all coming in.

A bit later they did the awards. I got a medal and a gift certificate to Boulder Running Company that essentially comp'd my entry fee - sweet!

When they announced my time, there were murmurs in the crowd ("whoah.." "wow - 19 minutes!")  I had no illusions, you're not going to get murmurs with anything close to my abilities at something like Bolder Boulder - but here and now - at this race.. it was kind of fun to be a celebrity - even if just in that bubble.

I blushed when I walked up. Here's the thing I've known about myself ever since I was a teenager. I like to work hard to get attention or recognition. I've done the psycho-analysis to know that it's rooted in a bunch of childhood stuff that I won't get into (no bad childhood stuff - just the life experiences that wired me up to be a type-A, over achiever nut log). But here's the other thing I've noticed - once I get the attention, I'm immediately embarrassed by it. I want it to go away and just slip into the background. I want to get back to 'doing the work' again. I'm like a dog chasing a car.

I guess I'd never make a good celebrity after all.