It’s been 14 weeks since The Accident. Healing has been slow, but continuous; and all the news has continued to be promising. X-Rays at 11 weeks showed all the bones well along on healing and a recent MRI showed a ‘little bit of everything’ with regard to strains and swelling in the shoulder capsule, but nothing major. No surgery (although it’s an option to speed things along), and although the daily PT work can wear on you – seeing progress on a weekly basis keeps me coming back at it.


I can do pretty much 100% of day to day activities and can run and bike without anything more than the occasional stiff shoulder after long rides or runs. 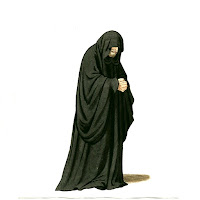 Weight has been slowly coming off – I gained about 5lbs while I was laid up and that was when I was within 5lbs of ‘race weight’ – so it went the wrong direction after the accident obviously. I still have another 5-6 lbs before I feel ‘normal’ again and another 2-3 lbs after that to be at ‘race weight’. That may not sound like a lot – but those last few lbs are a bear to shed without compromising training (and also not living the life of a nutritional monk).


On the downside: I still can’t swim effectively yet due to range of motion issues; although I suspect I could start working in the water again sometime this week or next. Then we’ll see how far behind I am and how quickly that comes back.

I also had to cancel out of my first 3 races of the season, and also have dropped out of USAT Nationals in early August because it’s a lot of money to go, and I just didn’t feel I’d be able to do compete at the level I’d want to be at there.

On the upside: I’m still riding the Triple Bypass in a couple weeks (120 mi / 12,000 ft of climbing) and my last few longer / climbing rides make me feel like I’ll be ready for that in time. I also signed up for the Mt. Evans Hill Climb a couple weeks later. Looking forward to a race I’ve been wanting to do for quite a number of years now!


The intensity sessions on the trainer while I was cooped up inside really paid off on the bike fitness. So much that I’m sold on keeping one or two weekly ‘pain cave’ sessions as a regular staple of my year round training.

Overall I still realize that I was very, very lucky (on a number of counts). I also know that in another couple months I’ll be feeling pretty competitive again. There are plenty of racing opportunities in Colorado (as well as a potential destination 70.3 in September!